NEW RULING FROM THE KENTUCKY SUPREME COURT ON JUNE 16, 2022. TRACKING OF YOUR CELL PHONE LOCATION DATA WITHOUT A WARRANT IS NOT ALLOWED IN KENTUCKY. 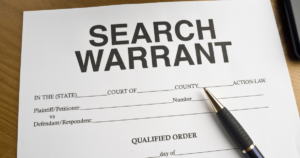 ” CSLI” stands for Cell Site Location Information. It can pin and determines a person’s real time location on a phone.

Commonwealth v. Reed, was a case that went to the Kentucky Court of Appeals and then ended up in the Kentucky Supreme Court.  Police tried to find a suspect after a victim accused him of a crime. They found him by using his cell phone location.

The Court of Appeals reversed the decision of the trial court, finding that police acquisition of a person’s CSLI implicates significant privacy concerns and thus the Fourth Amendment requires a warrant to search a person’s CSLI.

Finally, a  decision from the Kentucky Supreme Court which states that police can’t track your cell phone location without a search warrant. Real-time CSLI is not a passive location record but data generated by an affirmative action—a “ping”—taken by the cell-service provider at the behest of a law enforcement. By “pinging” an individual’s cell phone, the cell-service provider is able to determine, instantaneously, the cell phone’s location in relation to the available cell sites and to communicate that location information to law enforcement

We find this usurpation of an individual’s private property profoundly invasive, and we liken it to a technological trespass, wrote the Kentucky Supreme Court. Hooray! Such an appropriation of an individual’s cell phone is precisely the sort of invasion that we find the average citizen unwilling to accept. This Court has long recognized “the importance of maintaining our right to privacy against intrusion by electronic surveillance.”

Absent an exception to the warrant requirement, as described below, law enforcement must obtain a warrant before acquiring a person’s cell-site location information

This is amazing news for Kentuckians who cherish their privacy. Some would not mind obviously if a dangerous criminal was apprehended through this means. However, this ruling is great because it will protect innocent unsuspecting citizens from wrantless snooping by law enforcement and intrusions.

The Kentucky Supreme Court went on to state that normal exceptions to the warrant requirement still apply. As such, I have a feeling the intrusions will still take place with police relying on warrant exceptions, but it won’t be as easy for them to argue that the exceptions should apply.

The exceptions are as follows:

However, the ruling should offer more protection to citizens than the law allowed before.

The Kentucky Supreme Court  refused to apply the “exigent-circumstances exception,” stating that if “this Court were to find the exigent-circumstances exception to apply in Reed’s case, such an exception could be applied to any case in which a suspect is accused of criminal conduct and the police seek to capture that suspect.” What that means is that the Court refused to find exigent circumstances when the facts didn’t support such a finding. That is great! As such the trial court will likely have to engage in very  detailed and sensitive fact analysis and dissection and not simply classify something as an exigent circumstance.

Suppression of the Evidence, long standing rule.  It has been long ago established that the Fourth Amendment to the U.S. Constitution requires exclusion of evidence obtained by the police illegally. This is called the “exclusionary rule.”

EXCEPTIONS TO THE EXCLUSIONARY RULE

There are several established exceptions to the exclusionary rule, including

What does all of this mean? It means that now there is a blanket rule police can’t search your phone location without a warrant, but exceptions may apply.

Will you always win a suppression hearing? Probably not if any of the above exceptions apply. However, now with this ruling you will have a better chance at winning and having illegally obtained evidence suppressed.

If you have been charged with a crime in Louisville Kentucky, call a Criminal Defense Attorney Anna Aleksander at Aleksander Law Office, PLLC.

The information found on this site is for general informational purposes only. The information obtained on this site should not be relied upon as legal advice and is not intended to create, nor creates an attorney-client relationship. Aleksander Law Office does not guarantee the correctness of any statutes or legal precedent posted or discussed on this site which may or may not be current. Although effort is made to update this site continuously, the law can change at anytime. Contacting the Aleksander Law Office through this website contact form or by telephone does not create an attorney client relationship until a mutual signed retainer agreement concerning representation is formed between you and the attorney after a consultation. In most cases there is no fee for property damages with some exceptions. Navigation Map